Nigerian Univesity sends a stranger’s admission letter to another person

A Nigerian lady simply known as Oyin has shared screenshot of an email she received from a university she did not apply to, offering her provisional admission. 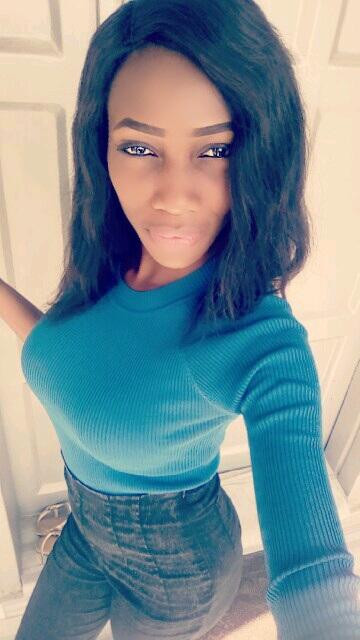 She, however, revealed that the admission was meant for someone else and had been mistakenly sent to her.

The Institution, McPherson University located in Ogun state, sent an email to Oyin, stating that she had been offered admission, but the name of the real owner was disclosed as Elugbaju Oyindamola Deborah.

The real owner is a namesake with Oyin, which partly explains the mix-up, and could be further understood if they both bore the same surname. 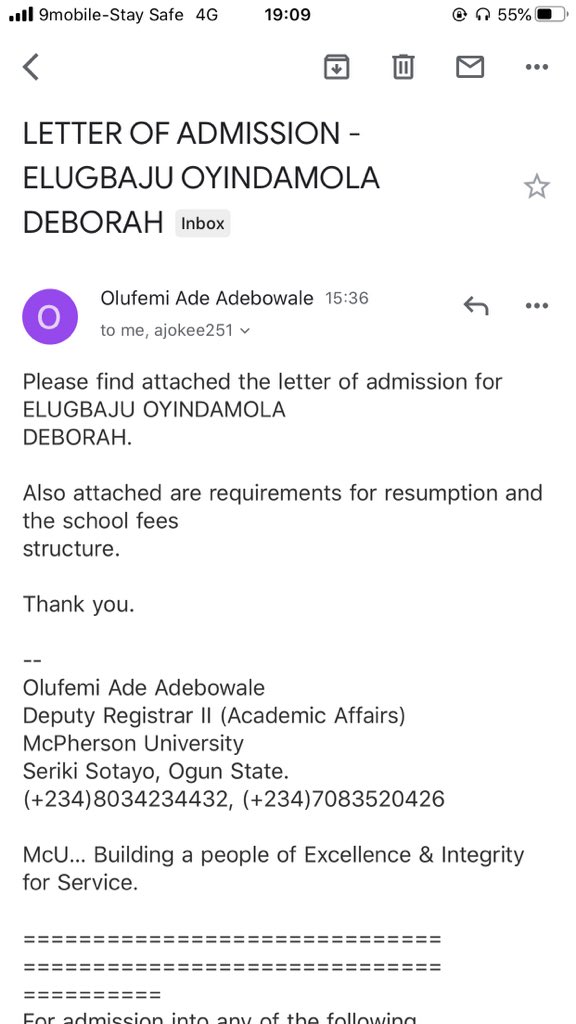 Attached to the the email, which was signed by the University Registrar, were the admission letter and requirements for resumption as well as school fees.

Oyin announced the mix-up on Twitter by writing; “Please RT, Oyindamola Deborah Elugbaju might be on your TL.

Please RT, Oyindamola Deborah Elugbaju might be on your TL.

Man who robbed the graves of 29 female children and lived with their mummified corpses, says their parents’ rights over them “ended” when they buried the girls