Amnesty International Nigeria has responded after an NGO threatened them with the destruction of properties if they do not leave Nigeria.

The NGO identified as Centre for Africa Liberation and Socio-Economic Rights (CASLER) gave Amnesty International, a human rights group, a seven-day ultimatum to leave Nigeria or face massive destruction of their offices in Abuja and Lagos (read here).

Reacting to CASLER’s threat, Amnesty International Nigeria said “similar faceless groups” had “invaded” their office and given them an ultimatum to leave Nigeria.

The group added, “Malicious threats will not deter us from continuing to speak against human rights violations and abuses by state and non-state actors.”

Below is a statement released by Amnesty International Nigeria and tweets accompanying the statement. 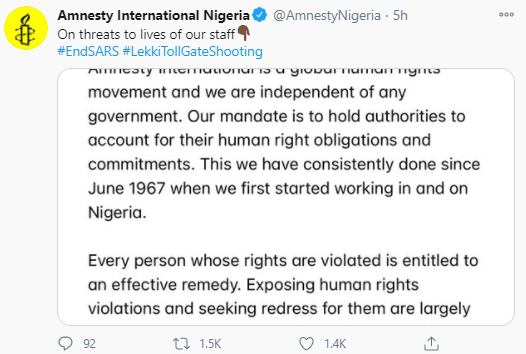 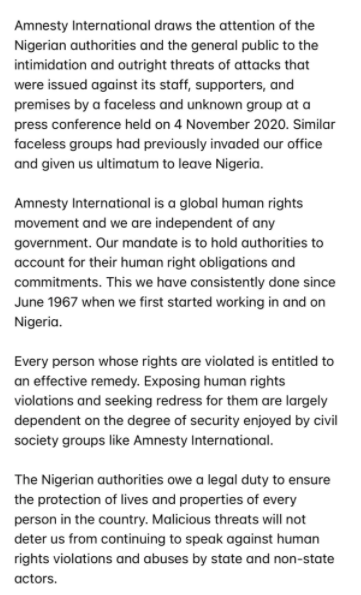 Mr. Joseph Nwaegbu and their shadowy minders and paymasters obviously think that the ICC is a forum for frivolities – Femi Falana reacts to lawsuit against him

Angry protester refuses to back down despite being flogged by soldiers